After searching the web for a short time, I found a texture that suited my idea of what the pools would look like, it can be seen in Tile #01 below.

I did a similar procedure as described in Part 01 DM-Siesmic Canyon Textures, and used Texture Maker in a similar fashion to make it seemless, the final result, which can be seen in Tile #02, I found to be exactly my idea of the hot sulphurous pools I imagined to find in DM-Siesmic Canyon.

I have also started a library of my custom content in UTEd4, and have saved the content of what I made into its own file, this is not for distibuting with the game, which is problematic (ask around for more info), but more to keep a folder of my work in one place, I think it is a good idea, and if you have lots in it, and think it is exceptional enough that other would use it, you could easily make a custom content pack from it. This will also make it easy to copy out the textures I/we make straight into our map, though you will need to be carefull not to confuse the content, and mix the packages. If you follow this procedure, you may have to go over your map when it is finished and make sure all custom content comes directly from the package named with the same package name as the level.

I then imported all my content to date, things from the earlier part, as well as any other things I thought I might ever use again, in this or other maps/projects, then made backups, and erased the loose stuff from my HDD (Note: I kept all my original Image Files, in Bitmap form, UT3 compresses to DDS unless you tell it not too, DDS is lossy compression, and details are removed from it, if you use too many instances of lossy compression on one picture, it quickly becomes blurred or blocky, which is why it is always good to keep a high quality file in a safe place)

I then went back to Texture Maker, I wanted to make some alpha maps.

Alpha Maps are a special kind of image file that uses a grey scale to determine the transperancy of a pixel, which is commonly called it's alpha. In most instances, Black represents a pixel that is compleatly transparent, and hence it does not get drawn, white represents one the is totally opaque, or solid, and you can't see what is behind it, all grey colors inbetween the two, determine pixels that are inbetween invisible or solid, so that a nuetral medium grey at 50% brightness, will draw as a pixel that is half solid, and half see through.

One of the images, I then selected, and went to the Color function selection, and selected Contrast in the drop down, The default value of 150% in amplify was what I used, and did this 5 times on one of the wave images, producing a sharper edge between white and black.

I went to tools in the menu bar, and selected the Multi-Texture Mixer, and place four lots of the high contrast picture in the tabs, and 2 lots of the other, my setup can be seen in Tile #03 below, I then rendered this, and repeated the process to make 3 lots of this texture, but with different patterns.

I saved these files to an easily findable place, and then fired up Photoshop, and opened tham all inside of it, I then made a new image with the same dimensions I had used for the textures (1024x1024), I selected the first alpha pattern map, and copied it to the clipboard, went back to the new image, went to the channels tab in one of the tool windows, and selected the red channel, and pasted it in, I repeated this procedure for the other two patterns pasting them into the green and blue channels, my result can be seen in Tile #04

I decided that one more texture should be made, and this would be for a particle emmiter to make the interior of the water seem more alive. The creation of it was fairly simple, I made a 512x512 texture in Texture Maker, and generated a wave BumpMap as in the previous instances, 3 times, saved them, and then opened them with photoshop, also using photoshop, I made another new 512x512 greyscale (8bit) image, I went to the layer tab in one of the toolbars, and added a gradient fill, I made the colors range from black to white, in a linear style, and chose radial producing a large soft white dot. I then selected the whole canvas of this image and copied it, I went back to the first texture, and clicked the channels tab on one of the toolbars, and added a channel, and copied in the dot to this new channel, I did this with each of the textures I had made in texture maker, I then selected one of the textures, and went to the Load Channel as Selection button at the bottom of the channel tool bar, and switched back to the RGB Channel and copied the selection. I made another image, 512x512, this was an RGB image, and I made it solid black. I pasted what I had copied a three times into the red channel, till it almost seemed to have white, I did the same with the second into the green, and the third into the blue, then just to enhance it I went to the Auto Contrast in image -> adjustments, and saved it as my water particle alpha. (Keep in mind, it is always better to stack 3 alphas into the one image, thus saving yourself valuable size in your finished files) You can see the water particle below in Tile #05.

With these three textures I could make a nice water material, and from here I moved to the UTEd4 application and continued there. 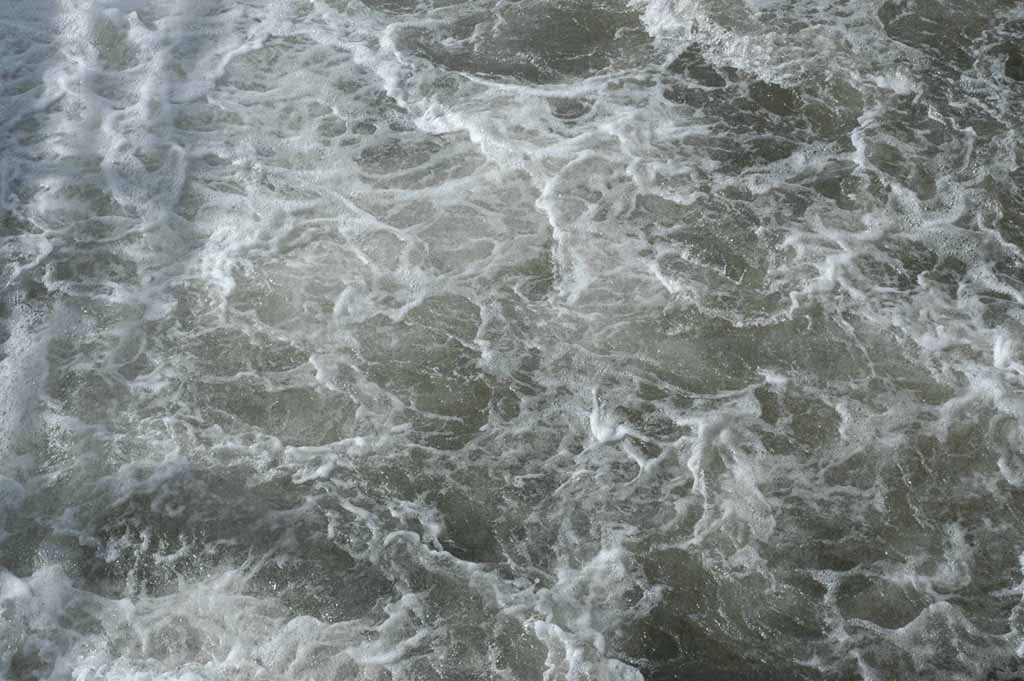 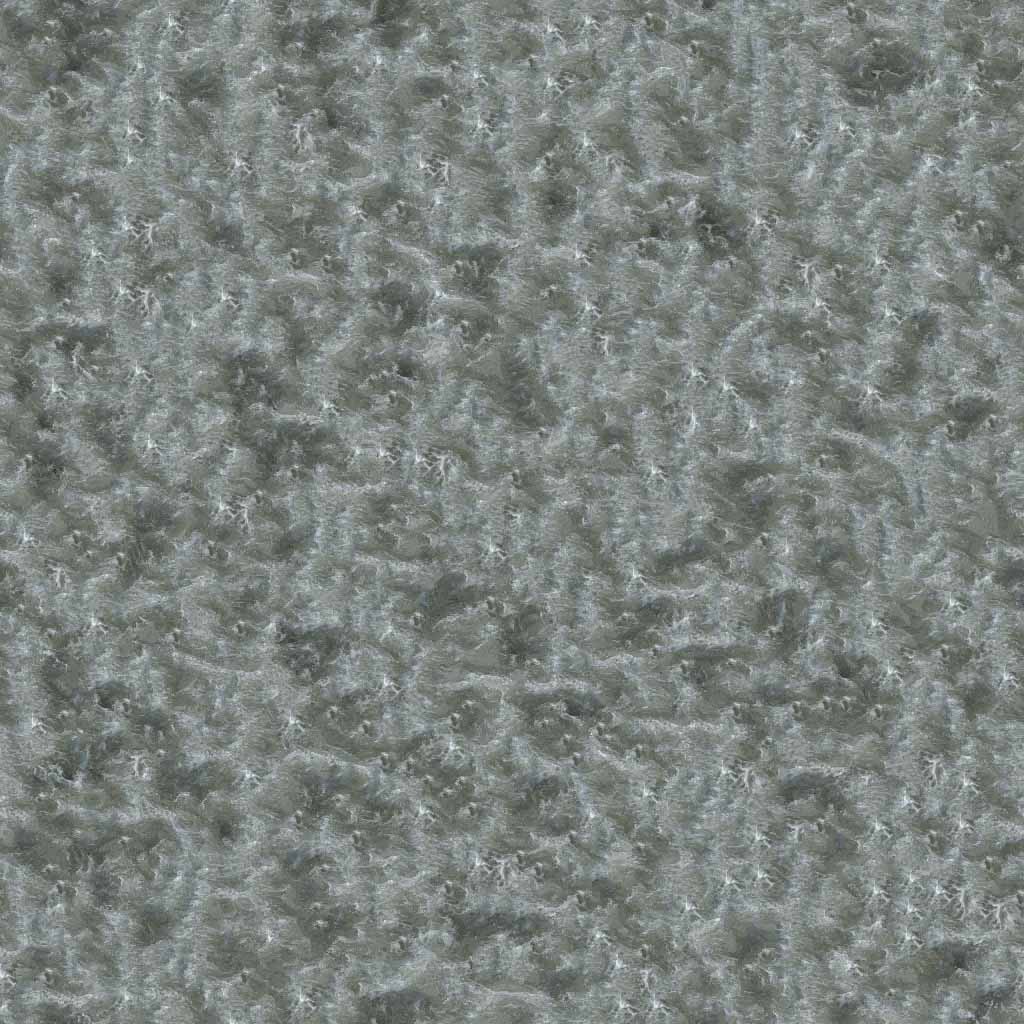 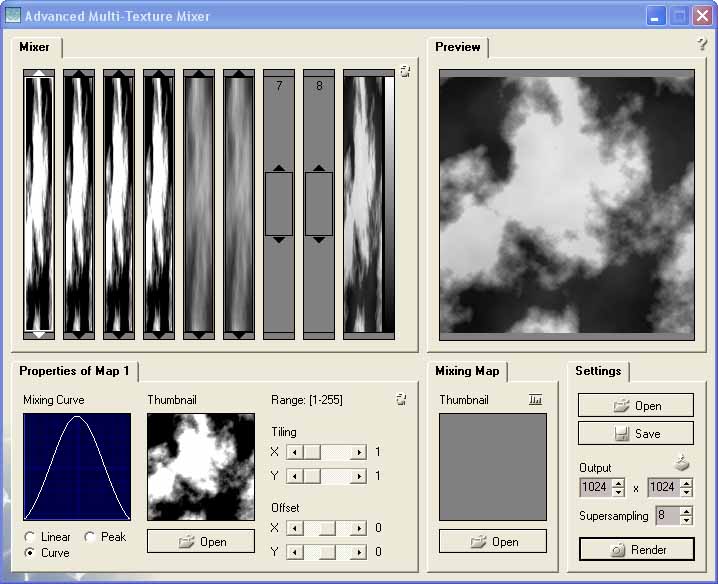 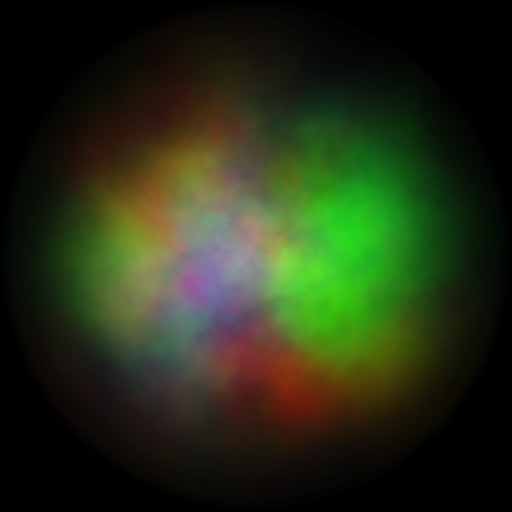