Legacy:How To Recruit A Programmer

The original article was posted by James Walkoski in a forum thread in Atari's UT2003 coding forum.

The absolute first thing that enters into a coder's head when they see a recruiting post is: "Why should I work for this guy?" It is not "Wow, that is a cool idea" or "I wish there was a game like that I could play." Rather, "Wow, that sounds like a lot of work."

Before someone who knows what they are doing is going to sign up you need to provide them with some very important information:

I know that may sound odd or confusing but just trust me on it.

Ok, enough of the vague concepts of what to do here are some specific examples to help you out: 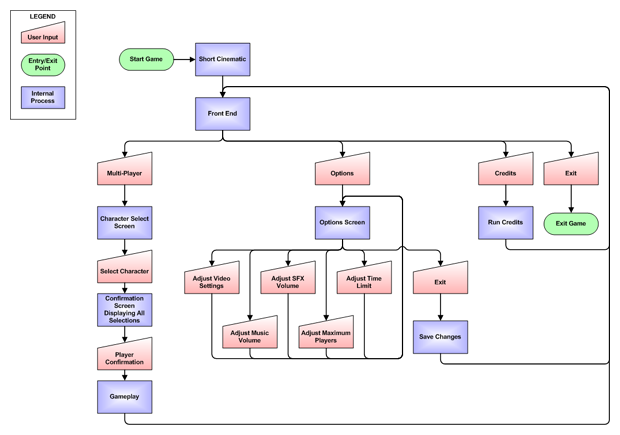 EntropicLqd: Heh – not a bad idea for a page. My very summarised thoughts on the topic are:

Mychaeel: As I personally find making the software design to be the most interesting and fun part of development, I prefer if somebody has a clear idea of what he/she wants to do and how to get there, but doesn't attempt to dictate my every step with an overly specific design document.

Chazums: Details, i like details. how far? how long? how high? Its more irritating to have to go and re-do do code because people weren't sure and say "you decide" amd then come back with a "not like that tho.."

Mychaeel: Bad luck on the designer's part then. Not specifying something means they have to live with whatever the coder came up with. One more reason I prefer taking part in creating a design document simply because it's all too easy to end up with ambiguities or subtle intra-design contradictions if the design is made by somebody who is not very closely acquainted with the code creation process.

Chazums: Indeed, although i think getting art guys to make any kind of solid descision is an art in itself :D

Dante: I remember when some members in the mod I'm working for went nuts as we planned to move on to UT2003. I was the only coder back then - and they "suprised" me with their ideas. Yes, it's actually cool to have aircrafts with transport capabilities - and yes, it's also nice to have bots to fly them around... But wait - who is going to code all those things again ? - ARGH! And, I don't want to hear that "it's easy to code" stuff from people who can only do copy&paste coding, or less, anymore.

Foxpaw: I think it's good to have as specific a design document as possible. I do all of my own programming but I still make a design document for myself, and when I do I like to include everything possible, up to how exactly things will work. It doesn't include the actual syntax, but it will include all of the classes I expect to use and all of their variables that may be accessed by other classes.. I find this helps a lot to avoid running into a situation where you need to access a value in a class that you didn't think of and isn't easily procured.

Haral: As far as design documents go, I think the option I like the most so far is to make one out of a forum. Make a post regarding every specific area of the design and be very, very detailed. Think always of what the people implementing it will need to know. Don't worry about being too limiting, because you just put in one disclaimer: It's a forum. If you have a thought, reply. What you want is a complete design so that even if everything isn't the best, there's still something there. You don't have to rely on anyone thinking things up later. Then, as things go on, people can easily put in "this sucks, we should change it." Just edit the original post as solid decisions get made. Don't expect your design to stay the same either, as unless it's exceedingly simple, it'll cripple the lasting value of your mod.

MikeY: Hi lads, just wondering what prog you made the flow diag. in? I want to make one of these, I find it hard in photoshop, but thats probably to do with the fact i suck at it :) Thx.

MythOpus: You could do it in word too :)

MikeY: Cheers, i installed visio, but i can't seem to get the connectors curved on the corners and i cant split the connecter, anyone can help?