I love the smell of UnrealEd crashing in the morning. – tarquin

The Life of a Self-Taught Scripter[edit]

How I Got Here[edit]

Before I start writing about my Modification, I'd like to begin with a paragraph or two about me and how I taught myself UnrealScript.

It began when a friend of mine brought over a new game that he found. Its name was "Deus Ex." At first, we were more interested in playing some sort of game that wasn't as interesting in retrospect. Later on, we started playing it and we easily became addicted. I worked up the money to buy the game and then began playing on my own. I was amazed–it even came with its own Editor! I had never seen anything like it, so I immediately freaked out and closed the program for a week due to frustration. Fortunately, I went back to the editor and learned a lot of neat things. I was addicted. Over the course of about three months, I had developed ten or so beta maps, one of them which became a DXMP hit later on.

That wasn't enough for me... There was only so much one could do with what came with the game. I needed to make some stuff on my own. I began playing around with the scripts and properties in the editor (eventually finding out how much of a pain it was to lose a 300-line class when the editor crashed). By another four months, I was able to completely modify every single editable class with no problems. I created over fifteen modifications for Deus Ex, but only released two of them.

Yet again, I needed more. There was a game coming out fairly soon called "Unreal Tournament 2003." I heard that the previews looked good for it, so of course I wanted it. However, I did some more research and found out that its predecessor, Unreal Tournament, was based on the same engine as Deus Ex! I was very enthusiastic, so I went out and I bought the original. I learned that there was a good deal of difference between the editor and how the classes and script were laid out. I learned it nonetheless.

Christmas came... I got Unreal Tournament 2003! However, there was a problem, as our graphics card could not handle it. I was utterly disappointed. In about eight months after Christmas, we got a new computer that could actually run it (Kinda sad since we were able to buy anything up to $50,000 and not need to worry about finances at that time). I was ecstatic and I installed it right away. The game looked so great; I had never seen a ragdoll death before then, so I kept jumping into the pit at DM-Gael. I was once again confronted with a problem: The Editor was so messed up compared to the other versions of it. Everything was littered with obfuscation.

The next milestone is on the month of February 2004. Unreal Tournament 2004 was released. I rushed out and bought it the first day it was out, and I think I got the first copy. After playing through the game and all of the new maps, I was convinced that I needed to get used to this new editor. So, I moved on and learned it.

What is the Mod about?[edit]

Well, my friends and I have always been fans of Final Fantasy. I've always wanted to bring in some of the aspects of Final Fantasy into Unreal Tournament 2004, but until now, I haven't had the ability to do so. So you can basically say that the mod is based on several characteristics of Unreal Tournament 2004 and a lot of aspects from Final Fantasy. I'm planning to bring in things like the job system, magic system, item system, and level-building. So far, I have made a lot of progress. We'll see if I can get this accomplished.

The RPG UT2004 Modification is a very ambitious one, especially for a new mod-maker. However, with maybe some help from the veteran scripters and several model-designers, I can complete the mod without being scarred for life.

So far, I have been able to successfully add the ability of a character to become knocked out when their HP hits zero. I have also successfully created several of the magic effects for the White Magic. Here's an example of a Magic Spell. 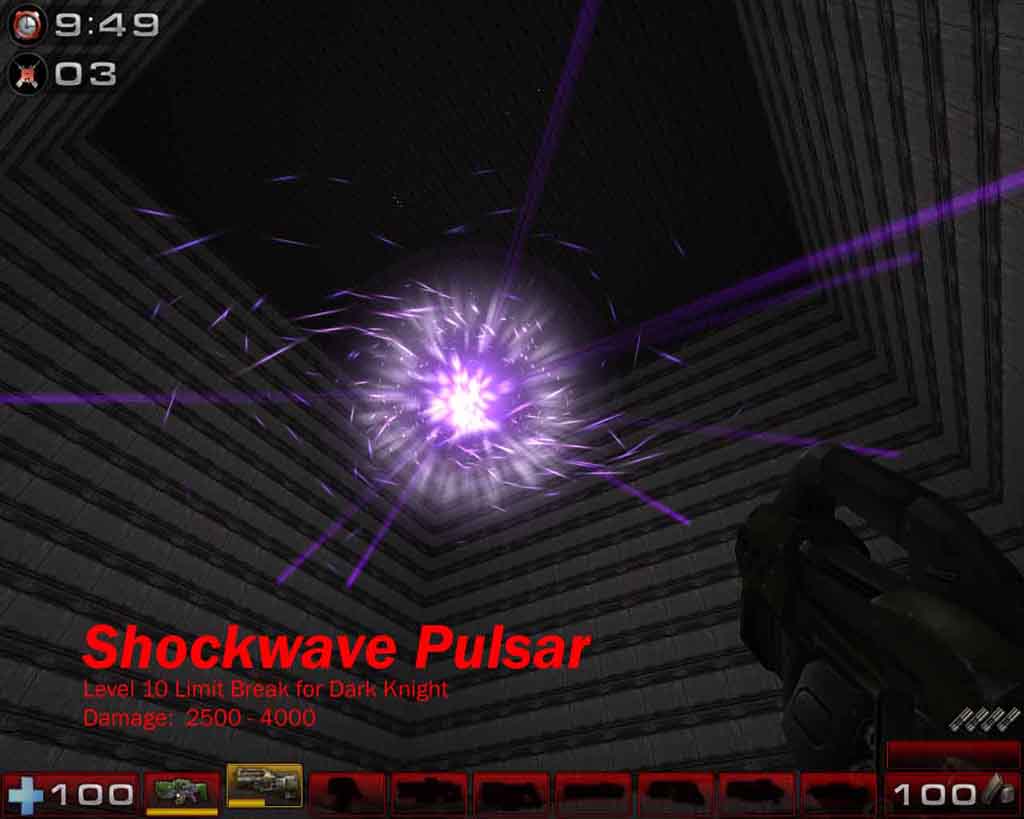 Okay, this is where I ask people to chip in a little bit. This is not a personal mod for me, I just want to see it happen. To do that, I need to head the project and get it started. All I want you talented people out there to do is any of the following:

I hope that's not asking too much, but I can't design models for the life of me and I'm having difficulty juggling school, this Mod, and the Indianapolis Side By Side Orchestra.