RParticles is advanced particle engine for UT'99. It's written only in Unreal Script and therefore it works on Linux, Mac and Windows. 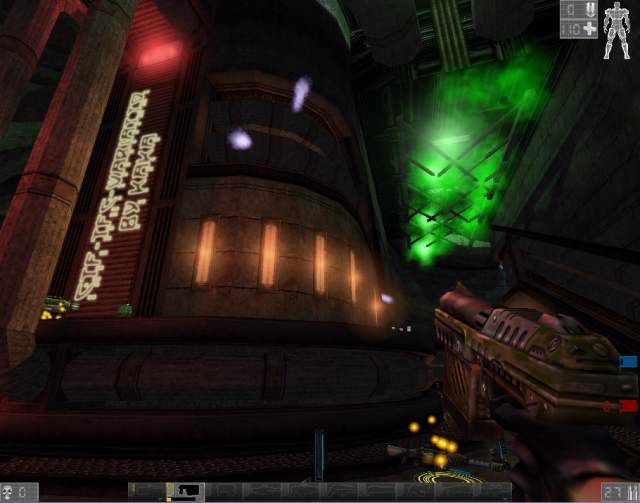 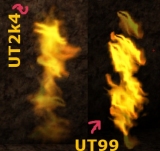 Tarquin: Please give images clear and sensible names. '222' does not describe what this image does.

Raven: Sorry for that. I've updated that image with better name - RPartices.jpg.

Tarquin: Thanks :) This is for UT? Might be an idea to clearly state that at the top of this page. Oh, and don't forget to mark them as custom classes.

Raven Yes, it's for old UT'99. Everything added (I hope). And little update will come soon (new sizing method (infinity/user defined)). Actually it's finished, but i need to test it on-line.

Xian: I'll take a look at it when I have time. UT99 has always been my true love, never bene a fan of UE2. BTW, I suggest you check out this subpage. Working together with Shadow might help you both. I don't know if you have performance issues (as in FPS drops) with your script yet, but Shadow might be able to help you there if you do. Exchanging ideas, coding together, who knows ?! He is also planning on porting a new RenDev for OGL (not sure about D3D) to include motion blur and such. You could ask him to include your distance fog, once it's fixed. Good luck !

-> Shadow: Well currently while rewriting my particle system I made up my mind coding 4 different particle systems (yes..). All four a very different but still compatible to each other. I'm maybe going to code a 5th particle system which will be native, covering voxel particles, advanced particle techniques and maybe in-UnrealED preview, but still keeping the other 4 for leaving platform independence intact. The reason for 4 different particle systems is the contrast between crapload + growing functionality VS. user friendlyness + performance optimizations. Most of the code is only executed when it's really needed resulting in a performance boost. They're also (currently) around 30+ performance options dealing with visibility, culling, dynamic lod, respawning, recycling algorithms. One of the completely new features is a build-in support for simulated pixel shaders allowing particles with dynamic color, U/V size, combiners and so on. All particle systems, of course next to all other extensions, will be intensely tested online too by the help of some guys from UnrealED.de making shure it'll work fine in multiplayer/network too. The extended Render containing the StaticMesh Extension and the Hardware PostProcessing will be for both Direct3D8/9 and OpenGL1.4/2.x . Also there's no need of implementing his distance fog since I had distance fog years ago for LSoNP and both methods (his and mine) are nearly the same. I already helped Raven several times concerning his scripts, lastly on his particle system. Giving a slight prediction the particle systems should run smoothly on a machine like 1-2 GHZ, 256/512 MB Ram, 64 MB GFX Card. My own pc isn't the best and also partially broken too so you can trust me (2.5 GHZ, 256 MB Ram (originally 512 MB, but one ram slot is broken), 64 MB GFX Card (GeforceFX 5200)). The final pack will contain around ~20 basic emitters and ~100 additional emitters which are all ready-to-use.

Hope I made everything clear for you Xian ;)

Edit: After checking your code... I don't understand your idea:

To make a function clientside, you need to declare it as simulated. Also, you extend ParticleSystem which extends Actor. Role is ROLE_Authority by default and RemoteRole is ROLE_DumbProxy. In order to ensure proper replication, a simulated function call requires a RemoteRole of ROLE_SimulatedProxy. Which you do not have.

This part in ExtendedEmitter.TriggerToggle.Trigger() could have been written as:

Would be better written as:

These are just a few glances I had within the first minutes. The code is interesting, but it seems you lack some optimizations in the code. I estimate that if you would optimize all of it, you'd get a speed-up of at least 25% per whole package (note, not 25% increase per class, but as a whole, so around 5% maybe per running class, which is still good).

Please note that UE1 and UScript in general is slow, so take any optimization you can get. It can definitely help you and others :)