Just as you would be worshipped for creating a really good escape, you will also be worshipped if you create an absolutely cool death sequence/execution for the captured team. 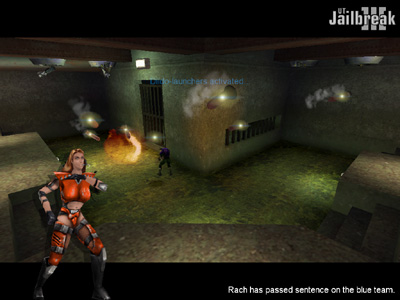 Usually death sequences will wipe out all the prisoners but there is the occasional one (JB-Gauntlet-III, JB-Hydro32 – UTJB) where it is possible to avoid being killed by the monsters or whatever is after you (the players will die by default gibbing anyway, but it was still worth it to escape the intended death method) and that is actually quite fun to try and do that – so that's something to think about when designing a cool execution.